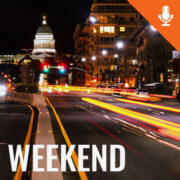 Division and anger are all around us, but why? Can division ever be a good thing? This Stand in the Gap Weekend program addresses the reality of sinful divisions versus the need for biblical divisions. Featuring segments taken from the Stand in the Gap Today programs with JR McGee and George Barna.

What are the true origins of the women’s movement for equality and is it biblical to have women in positions of government? Attorney David New joins the program as guest.

What does Israel think about a Hillary Clinton presidency? A Trump presidency? Guest Jimmy DeYoung, host of Prophecy Today, gives an expert opinion on the overall opinion of our greatest ally. 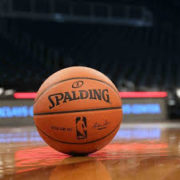 (CNSNews.com) – Family and faith advocates are responding to the National Basketball Association’s (NBA) decision last week to move its 2017 All-Star Game from the planned venue in Charlotte, North Carolina because of the state’s law requiring people to use public bathrooms and lockers that match their biological sex.

Despite this and other attacks on the state, Gov. Pat McCrory and Lt. Gov. Dan Forest have not backed down. Also, several other states are putting protections in place following President Barack Obama’s mandate from the Department of Justice (DOJ) that transgender people should be able to use facilities based on their “gender identity,” and that not allowing them to do so could violate federal civil rights law.

“After weathering the storm — and picking up millions of allies — North Carolina isn’t about to flinch just because a sports league beholden to the Left’s cultural bullies is picking up their ball and leaving town,” said Tony Perkins, president of the Family Research Council, in a statement.

“If losing the NBA All-Star Game is what it costs to keep the Tar Heels safe, so be it,” Perkins said. “It’s a small price to pay for even one child’s innocence.”

“And here’s the irony: the state legislature firmly supports businesses like the NBA making their own decisions – which anyone who reads the law knows H.B. 2 is all about,” Perkins said. “North Carolina, like most states, doesn’t believe the government should be telling executives how to run their businesses, especially on policies that carry as much liability as this one.”

Ralph Reed, chairman of the Faith & Freedom Coalition, said the NBA’s move is an “assault on common sense.”

“The NBA’s decision to punish the state of North Carolina simply because it protects the privacy of its citizens in bathrooms, locker rooms, and shower facilities is an assault on common sense and strong families,” Reed said in at statement. “The NBA should focus on basketball, not left-wing and special interest politics.”

“Unless and until the NBA allows men to enter WNBA locker rooms, it should leave bathroom policy to state legislatures,” Reed said.

The American Pastors Network has also spoken out against the NBA decision, noting that the move may prove more harmful to the sports organization than the state of North Carolina.

‘For so many years, the NBA has been the framework to showcase athletic professionalism and excellence,” Sam Rohrer, president of the American Pastors Network, said in a statement. “For NBA leadership to stoop to political correctness and to permit their focus to be hijacked not only tarnishes the NBA image but diminishes the ability to focus on athletic excellence and professional conduct.”

“The very notion that the NBA feels its mission is to ‘punish’ a legislature, a governor and citizens of such a fine state as North Carolina for acting in accordance with the wishes of the people and the biblical and moral definition of human sexuality is a demonstration of a serious hijacking of historic principle and purpose,” Rohrer said.

“Whereas the NBA may believe its actions will punish North Carolina, I believe this action will prove to be an undoing of the organization,” he said.

“Since the successful passage of HB2, the state of North Carolina has already begun to experience positive economic outcomes,” said Dave Kistler, president of the North Carolina Pastors Network. “Most importantly, our state is in the middle of several spiritual awakenings.”

“I believe these to be nothing less than the smile of God on the courageous actions of our N.C. legislature and governor,” Kistler said.

In a statement released last week announcing the decision, the NBA said the “climate” in the state of North Carolina was not right for its event.

“Our week-long schedule of All-Star events and activities is intended to be a global celebration of basketball, our league, and the values for which we stand, and to bring together all members of the NBA community — current and former players, league and team officials, business partners, and fans,” the NBA statement said. “While we recognize that the NBA cannot choose the law in every city, state, and country in which we do business, we do not believe we can successfully host our All-Star festivities in Charlotte in the climate created by HB2.”

***This article was originally posted by CNS News. 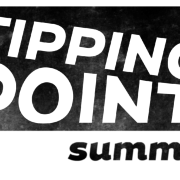 Michael Anthony, lead pastor of Grace Fellowship of York, Pa., in partnership with the Pennsylvania Pastors Network, a state chapter of American Pastors Network (APN), is planning the Tipping Point Summit, a half-day event in York that will mobilize, energize and equip pastors and church leaders to address the most critical issues of the day from the pulpit.

The September 10 Tipping Point Summit is free to attend, either in York, PA, or via live-stream. The event seeks to create a grassroots effort among a non-denominational and diverse group of Bible believers who are coming together in unity to deal with the urgency of the times and helping to demonstrate how pastors can step up as cultural leaders, especially in this critical election year.

“As we watch headlines unfold about violence, terror and policies that break down the family and the church, there is perhaps no more crucial time for pastors and church leaders across the nation to truly step up and take an active role in serving as a catalyst for culture change,” said Gary Dull, PPN executive director, who will serve as the moderator for the event. “Here in Pennsylvania, the Tipping Point Summit on September 10 in York will do just that. This intense half-day of energy, motivation and empowerment will have pastors leaving ready to change their way of preaching, their churches, their communities and the world.”

WHO: Pennsylvania Pastors Network and Grace Fellowship of York
WHAT: Tipping Point Summit
WHERE: 1405 Seven Valleys Road, York, Pa. 17408
WHEN: 9 a.m. to 12:30 p.m. September 10, 2016
WHY: To awaken pastors, church leaders, elders and deacons to what’s happening in the country in advance of the November election
HOW: For more information or to register, visit www.tippingpointamerica.com

The morning will include three presentations, as well as three diverse Q&A panels. Speakers are:

Anthony, who has appeared on CNN and in The New York Times, Politico and TownHall.com, will discuss the church’s role in culture. He is also founder of the National Week of Repentance (www.revivalmatters.com), founder and president of Godfactor.com, and lead pastor of Grace Fellowship of York (www.graceyork.com).

The Hon. Sam Rohrer: “The Reality of Persecution & How We Can Prepare;” Rohrer is president of the American Pastors Network, of which PPN is a state chapter, and a former Pennsylvania legislator for nearly 20 years.

Can the DNC‬ truly build a “bridge over troubled waters?” Does this bridge include a link to Islam? IQ al Rassooli joins the program to make the connection between Hillary Clinton, Tim Kaine, and Islam.

As we move into the Hillary Clinton Email Scandal Part II, what will happen at the DNC convention and who exactly is Tim Kaine? 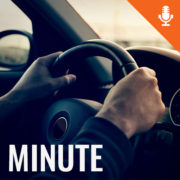 In Matthew chapter 12, Jesus talked to his followers about the signs of the times and predicted that “lawlessness will abound, and the love of many will grow cold…”  What did He mean by this and how can we apply it to what we see happening in our world today?