Archive for category: Liberty and Tyranny 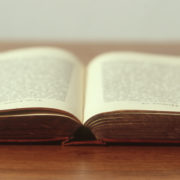 On March 8th, the American Pastors Network recently held their monthly conference call designed to answer questions for Pastors and Church Leaders relating to current topics and events affecting  our churches and nation. The theme of this call was “Protecting the Pulpit: What Every Pastor Needs to Know”.  Senior Counsel Justin Butterfield, with First Liberty, and Dr. David Whitney with The American View, joined the call as guests to answer the following questions:

Texas Governor Rick Perry has issued a call for a special session of the Texas legislature to pass a bill that would ban late-term abortions and hold abortion facilities accountable.

Perry also put other political issues in the special session, which is set to begin July 1.

“I am calling the Legislature back into session because too much important work remains undone for the people of Texas. Through their duly elected representatives, the citizens of our state have made crystal clear their priorities for our great state,” Perry said. “Texans value life and want to protect women and the unborn. Texans want a transportation system that keeps them moving. Texans want a court system that is fair and just. We will not allow the breakdown of decorum and decency to prevent us from doing what the people of this state hired us to do.”

Lt. Gov. David Dewhurst thanked Perry and said in a statement: “I congratulate Gov. Perry for his decision to call a second special session to address the issues derailed by the actions of an angry mob in the closing moments of the first. Texas is unlike any other state because our leaders are willing to stand up in the face of pressure from Washington and special interest groups in the pursuit of freedom. I look forward to seeing the members of the Legislature on July 1st as we once again take up our charge to advocate for all of Texas and put the finishing touches on one of the most successful sessions in decades.”

On Tuesday night, after a long and confusing night filled with a filibuster and a pro-abortion mob that made it difficult for lawmakers to debate and vote, the Texas state Senate appeared to pass a ban on late-term abortions 19-12. Later, lawmakers came back and said the vote had not officially been taken before the midnight deadline for the special session.

The Texas Observer has more on the status of the measure and what took place overnight:

In the end, after the 13-hour filibuster and all the wrangling over rules, Wendy Davis and her fellow Texas Democrats could do only so much. In the end, it was the citizens in the gallery who made the difference late Tuesday night. With the Texas Senate poised to approve one the harshest anti-abortion laws in the country—just 15 minutes before the midnight deadline—and Senate Democrats apparently out of maneuvers, the crowd took over.

Thousands of orange-clad abortion-rights activists who packed the Texas Capitol all day began roaring louder and louder until they literally shouted down the final minutes of the 30-day special session before Republicans could pass the bill. What followed was three hours of confusion during which no one was sure if the bill actually passed. Republican senators were running around claiming the bill had passed before a midnight deadline, but many observers who watched the debate live didn’t see it that way. The initial time stamp on the Capitol website and on Senate documents placed the vote at 12:02 or 12:03 on June 26. But then someone mysteriously changed the time stamp to make it appear SB 5 passed before the deadline (see the post below for photographic evidence).

The time stamp evidence, circulated on Twitter, eventually forced GOP leaders to admit defeat, at least for tonight. Just after 3 a.m., the Senate finally reconvened following a lengthy private meeting. Dewhurst conceded from the dais that SB 5 hadn’t passed before the deadline and was, in fact, dead. He then walked over to the press table to meet with reporters. “This is the most incredible thing I’ve ever seen in my life,” he said. “An unruly mob using Occupy Wall Street tactics has tried all day to derail legislation that has been intended to protect the lives and the safety of women and babies. … I’m very frustrated… I didn’t lose control of what we were doing. We had an unruly mob of hundreds, if not thousands, of people in here, and we couldn’t communicate with our members.”

The bill would ban abortions after 20 weeks and hold abortion clinics accountable by making them meet basic health and safety standards that have closed facilities in other states that are unable to comply. Senate Bill 5 also requires all abortion clinics to meet the same health and safety regulations as an ambulatory surgical center, requires a doctor providing abortions to secure admitting privileges at a nearby hospital, and lastly, requires a doctor to personally administer the abortion-inducing drugs to the patient.

Shortly after the vote Republican state senator Bob Duell wasd one of many who thought the bill had been approved, and tweeted: