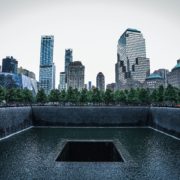 Support for Christians Refusing to Use God-Given Talents at Same-Sex Weddings...

Accusers and Accusations: What Is at Risk in the Kavanaugh Hearings?
Scroll to top