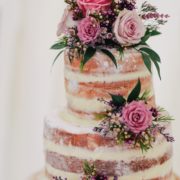 Read the Transcript from the APN Pastors Conference Call on “Preaching in...

On 9/11, Even Amid Horrific Tragedy, God’s Hand Was Present
Scroll to top