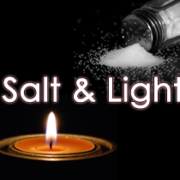 Pennsylvania is Near the Top of the List for Sanctuary Cities & Counti...
Scroll to top