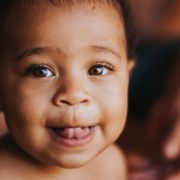 Listen to the Stand in the Gap Minute Series “Spiritual Victory”...