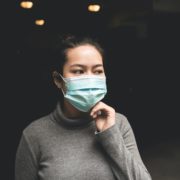 Connecting COVID-19 and God’s Message to the World