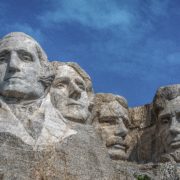 Why Do Young People Participate in Church and What’s Missing? Their Answers...
Scroll to top