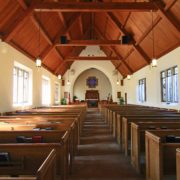 American Pastors Network: How and Why Socialism Is on the Rise in America

National Day of Prayer: We Must Know What God Requires of Us
Scroll to top