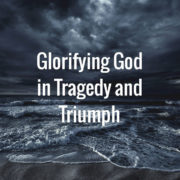 Faith Leaders of America Sign Letter to White House, Hill Leadership Encouraging...The Time to Repent Is Now: God is Sending a Message Over These 40 Days; Is the...
Scroll to top