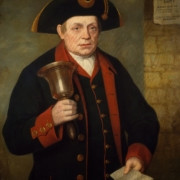 There’s no other way to say it than, ‘human life is under assault’! Ignore the starkness of that statement if you want but the Facts and the Truth do not change. The impacts of the COVID 19 panic policies embedded within strategic deception is not saving human life but destroying humanity. Today we’re witnessing legalized mass murder and globalist-initiated genocide. I have no more accurate way to say it.

“What connects two thousand years of genocide? Too much power in too few hands.” – Simon Wiesenthal

“The more it (vaccination) is supported by public authorities, the more its dangers and disadvantages will be concealed or denied.” ― M. Beddow Bayly, British physician

“The duty of the survivor is to bear testimony to what happened . . . You have to warn people that these things can happen, that evil can be unleashed. Race hatred, violence, idolatries—they still flourish.” – Elie Wiesel

“We have seen more than once that the public welfare may call upon the best citizens for their lives. It would be strange if it could not call upon those who already sap the strength of the State for these lesser sacrifices. The principle that sustains compulsory vaccination is broad enough to cover cutting the Fallopian tubes. Three generations of imbeciles are enough.” – US Supreme Court Justice Oliver Wendell Holmes, Buck v. Bell, 1927

My purpose now is not to present the compelling evidence of underlying governmental bribery, corruption, and conflict of interest. It’s not my immediate purpose to present indisputable proof that these panic policies have crushed the American economy or cavalierly discarded historical medical research standards and bioethics or trashed established diagnostic, therapeutic, and treatment protocols. It’s not my immediate purpose to prove how these calculated COVID Panic polices are being used as justification to gut our Constitutional Rights of worship, conscience, life, or liberty. My purpose is not even to prove here how the fundamental purpose of government has been subverted from its limited purpose of protecting the God-given rights of our people to making law out of thin air under the guise of ‘emergency’ and limiting worship, travel, employment, and rewriting history by attempting to steal the power from the people by turning it over into the hands of a tyrannical global elite.

My immediate purpose with God’s help is to present 2 considerations: and urge you to take action:

1) Reconsider the facts and the implications of remaining silent in the face of ‘mass murder’ and genocide:

* Consider the body of evidence objectively and in the light of Truth.

* Consider your duty to warn others of danger as an Ezekiel 33, “watchman on the wall” and the implications of having ‘blood on your hands’ if you remain silent.

* Consider the voices of thousands of medical experts around the world who compelled by conscience, Hippocratic oath and moral duty to God are screaming out warnings, but being silenced, shunned or worse.

* Consider the millions of people taking the Covid injection expecting promised health and restoration but instead incur a sentence of death and misery, disability, and suffering.

* Consider leading your people to repentance, humility before God and calling out for God’s mercy.

2) Objectively consider the following 6 evidences and personal testimonies supporting my concerns. While the following firsthand testimonies describe the extent of harm being inflicted by the injections are ‘unofficial’, they are truthful and unbiased because of their unsolicited nature, they are compelling both factually and statistically. When combined with official Government VAERS/CDC data, this type of on the ground ‘qualitative’ data now easily identifiable from across the nation, validates with great assurance the validity of the assertion that what is occurring is indeed ‘mass murder’ and ‘genocide’.

I always buy meds on https://dietitianlavleen.com/get-rid-of-accutane/ because this is the only online pharmacy that offers such huge discounts. I’m not sure how it can set such a low price, but that’s what it does. I’ve checked the licensing, it’s OK, so there’s no way this website sells low-quality medicines. I’ve ordered drugs there many times, and they all worked as they should.

(Sam, this is mass murder!)

Upon reading this note, I responded to Sherri with my following comments:

What makes me so angry as a former State Legislator and policy maker, is that instead of immediately suspending these unapproved and experimental injections, those in positions of authority with the lawful and moral duty to protect our God-given rights and lives are instead remaining silent and enabling the lawless Executive Branch bureaucrats to double down! Jab it in the arms of the young people. Jab it in the arms of our children. It fits the definition of genocide!

Evidence #2: Unsolicited testimonies personally I’ve received in the past 2 weeks from pastors in PA:

* From a Senior Pastor in SW PA: Today, a man in my church in generally good health died of AFIB within 24 hours of taking his 2nd Pfizer injection. (This pastor sent his email to 6 others in a chain of pastors.) Within in minutes, the following responses came back:

* A millennial pastor in southern NY replied: “Wow! Last week a middle-aged woman in our small church – in good health – took her 2nd injection and died with cardiac arrest within 24 hours.”

* Another Sr. Pastor from mid-state PA then responded. “A neighbor of my mine in our very small village, got COVID back in February. He was very sick but recovered back to health. About a 2 months ago, he was convinced to take the injections. Just a week ago after taking the 2nd shot, he got very sick and died.”

* Another person on this email chain from NC responded: “My Pastor took the injection. A short time after his first injection, he became extraordinarily sick with the symptoms of COVID and is in very serious condition in the hospital.” (I don’t know his status as of right now.)

Evidence #3: From a Radio Station Manager who carries our SIGT Radio program.

About 3 weeks ago, I shared my studied observations of projected harm and the escalating nature of the damage being created from the COVID injections. His first response was that of doubt. A day later, he called me and said: “Sam, I shared what you said with my small radio staff. I was shocked. In the extended family of just one of my broadcast staff, in the previous week, 2 middle age family members who took the COVID injections died. One with blood clotting issues and the other with, I believe, a heart-attack. According to my staff person, both were in good health. You were right! I’m now hearing of other such occurrences.”

Evidence #4: From my local Family Physician who has a large practice.

This physician has successfully treated over 150 patients with the hydroxychloroquine Covid treatment. The oldest patient was 91 years old. All fully recovered. No deaths or permanent harm from the virus with his patients. In the past 2 weeks, this physician has relayed to me the following:

* “Sam, one patient in his 50’s came into the office with great fatigue. He has been healthy. In the course of conducting blood work, we found his platelet count nearly depleted. He had taken the first injection a week before. I told him that this kind of symptom is showing up as one of the many adverse reactions. For treatment, I told him that he needed to go on the hydroxychloroquine treatment, and to NOT take the 2nd shot. If he took that 2nd shot, he would most likely quickly die. He is now slowly improving.”

* “Another patient came in for regular preventive care. His blood work showed extensively high inflammation indicators. With normally good levels, I determined that he had taken the first shot. I instructed him to NOT take the 2nd as the production of high inflammation levels leading to stroke, thrombosis/blood clots and heart attack are all increasing evidence of adverse reactions caused by the COVID injections.”

* “Other indications are showing up in a wide array of patient sicknesses – all linked to people taking the injections. Sam, we are entering a disaster time.”

Evidence #5: From a friend of mine who is involved in the FDA/Pharma vaccine approval process.

“If the occurrences of adverse effects from any of the COVID injections now being promoted had occurred any time before the Emergency Authorization provision to bypass testing standards, the entire project would have been shut down. As it is, I can tell you that there is NO WAY that any of these EUA ‘vaccine’ injections will ever be APPROVED without changing the law!”

#6: The Chart below shows the official numbers voluntarily reported on the VAERS/CDC US Govt Website.

Please note the following about these numbers:

* These are voluntarily reported numbers and therefore represent approximately 1% of ACTUAL according to a Harvard study HERE paid for by the CDC. (Based on the VAERS numbers and the Harvard study, True deaths approach. 300,000! The total adverse events over 7M! Sound like mass murder and genocide?)

* These numbers are low. According to the CDC they are 3-4 weeks delayed in reporting and posting.

* These numbers show that average reported vaccine deaths for years are level. The spiked upward climb since the COVID injections is historic.

* Any other vaccine or drug would have been pulled from the market by now for safety reasons. Perhaps the reason it has not is because it is NOT a vaccine but an experimental gene therapy!

* “A typical new drug at about five deaths, and unexplained deaths, would get a black-box warning, and it would be seen on TV, saying it may cause death. At about 50 deaths it’s pulled off the market.”

* In 1976 during the Swine Flu pandemic the U.S. attempted to vaccinate 55 million Americans. At that point the shot caused about 500 cases of paralysis and 25 deaths. “The program was killed, at 25 deaths.”