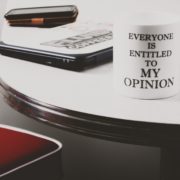 In a digital world in which anyone can share any belief, what if the facts call for us to repent and call out to Christ to be Our Savior?

One of the strong “selling” points of the internet is that it allows everyone who desires to contribute their opinions to do so. Regardless of their station in life, people can express what they think on the web — and others can chime in with their own versions of opinion.

In a democratic society, this is probably a good thing. Opinions, however, are not necessarily valid just because they are “out there.” Some people have weak thinking processes, and when it comes to the Bible, there are others whose knowledge of the Scriptures runs extraordinarily shallow. Throw in the truth that some people don’t know what a fact is compared to an opinion — and you may get a mashup of doubtful worth.

During the past month or so, for example, we’ve heard uninformed people say they believe the president of the United States has committed acts that call for impeachment, when they don’t know what comprises an impeachable act. The discussion really becomes interesting when the uninformed are leading the unknowing in an effort to act in a way that is totally anti-constitutional.

So let’s take a look at the definitions of the words people are so ready to spout off about:

Unfortunately, we’ve lost the distinction of which is true — a fact or opinion — and which can be proven with verity. In the world of facts, scientific truth can often be the arbiter. For example, I might be of the opinion that I can drive a motorcycle through a concrete buttress at 150 miles per hour, and even be sincere in my belief. The concrete doesn’t necessarily verify my belief because of the facts involved with the composition of the material, as well as what happens in its interaction with my comparatively frail body. In “facts vs. opinion,” the facts win regardless of opinion.

Just because the internet makes communication more democratic does not make the opinions expressed there either true or false. Right now, scholars are debating the future of truth and misinformation (non-facts) on the web. There are two schools of thought on this question, according to a study from the Pew Research Center: “Experts are evenly split on whether the coming decade will see a reduction in false and misleading narratives online. Those forecasting improvement place their hopes in technological fixes and in societal solutions. Others think the dark side of human nature is aided more than stifled by technology.”

The Bible talks about the evil in men’s hearts, the desire of one man to hurt the other, and especially the tendency of one person to hurt his or her fellow human with lies. These are more than just statements of opinion. These suggest a darkened heart and mind with a tendency to sin against another rather than build them up.0:29

The Bible is quite clear. See if you find opinion or fact in the following verses:

You may say the Bible is a book of religious fiction with reality to sin, judgment or accountability to God as Creator and Judge. Surely, then, there could be no hell and no heaven, either. Some people say the words of the Bible are just opinion. But what if they are wrong? What if the facts call for us to repent of sin and call out to Christ to be our Savior?

Perhaps the God who is unchanging Truth and who cannot permit sin before Him, but who loved the world — you and me — so much that His Son Jesus Christ died and paid for the penalty of our sin, is truly a fact.Perhaps a change in heart and mind is called for, regardless of who believes it is opinion or not.

Note: This article was originally published on the Lifezette website HERE.

Photo by Steve Johnson on Unsplash 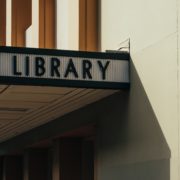 Tom Meyer, the director of the Lansdale Library, approved Annie Christ to present the story hour to children. Meyer and others on the Lansdale Library Board of Directors researched the drag queen’s background and still agreed to allow Annie Christ to perform, even though his sexually explicit and offensive video is featured on YouTube.com. Meyer also stated he was receiving many phone calls, emails and Facebook posts protesting the event and would consider canceling it.

Taxpayers who fund the library are urging Meyer and all elected borough officials to cancel the drag queen story hour. The library reserves the right to cancel the event and the Pennsylvania Pastors Network (PPN,www.papastors.net) Executive Director Gary Dull says it is in the best interest of the public, children and taxpayers to do so.

Parents and concerned community members have been protesting these organized activities at libraries in Los Angeles, San Francisco, Chicago, New Orleans and New York, according to The Christian Post.

Concerns have been heightened in Pennsylvania, as three drag queen story hours have already occurred this month, notes the Pennsylvania Pastors Network, a state chapter of the American Pastors Network (APN).In addition to the library event in Lansdale, another is slated for Feb. 9 at Exeter Community Library in Reading.

“This toxic spread of a damaging agenda has come to Pennsylvania and is targeting our children,” said Dull, who also serves as pastor of Faith Baptist Church of Altoona. “Where is the common sense in this? With the serious problems that children in this generation are experiencing—drug use, high-anxiety, suicide and depression—why would parents and elected officials willingly put children in front of a drag queen to confuse them even more? This should be a matter of grave concern for every person who cares about children. The LGBTQ agenda demands dominance and wants to silence those who would dare speak out on cultural issues. The public library is not a place for activism, and a children’s story hour certainly isn’t the place to push a confusing message delivered by a confused individual. The fact that we have even been forced to address such a matter as a story time for children provided by men dressed in drag is a tragic commentary on our culture. We pray for clarity, truth and the protection of children in this dire situation.”

The doctor who prescribes Valium is obliged to inform the patient about the possible harmful effect of the drug on their body, as well as offer other treatment options. Read more at https://bes.org/valium-online/.

3. Write a review and let them know how you feel about the Drag Queen event where it says, “Do you recommend Lansdale Public Library?” PPN urges those who post to speak truth in love.

6. Contact the Lansdale Elected Officials, including the mayor: http://www.lansdale.org/606/Elected-Officials

Lansdale Library’s Board of Directors is made up of the same elected officials as Lansdale Borough Council:

Photo by David Clarke on Unsplash 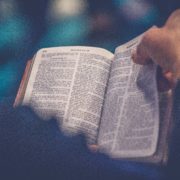 Renewed efforts are underway in 2019 to repeal the Johnson Amendment, which bans tax-exempt nonprofit organizations, such as churches, from participating in politics. Pastors have argued this limits their free speech and that their congregations depend on them for biblical voting guidance.

Just before Christmas, the House of Representatives passed a year-end tax package that would repeal the Johnson Amendment. It’s now the Senate’s turn to act on the measure.

APN says a repeal would mean freedom to the pulpit and the pews.

“Pastors’ voices had been silent on the most important cultural, societal and political issues of our time,” said APN President Sam Rohrer, “because of a fear of repercussions stemming from the Johnson Amendment.”

A repeal, he said, would return decades of freedom to churches and enables pastors to freely speak truth about social issues from the pulpit. But striking down the law would not remedy all the issues in today’s church, Rohrer added.

“It does not completely solve why pastors have not been preaching the whole counsel of God,” he said. “The path to freedom may have been paved, but it’s now up to pastors and churches to begin preaching boldly. For some, the Johnson Amendment has been a convenient excuse to shy away from the tough issues. The challenge before the pulpit has always been fear, and that’s the challenge of any leader. The Johnson Amendment has been the fear factor.”

To watch an interview by Sam Rohrer on KDOV TV with Perry Atkinson on this topic, please click HERE.