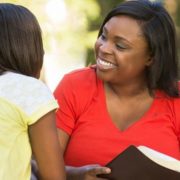 Are Today’s Churches “Of the Culture” or “In the Cultur...
Scroll to top