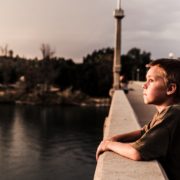 What’s on the heart of America’s pastors? What are their concerns, fears, worries and aspirations for their churches?

New Barna research sheds light on these very questions, and the American Pastors Network (APN) is using the information to get a better sense of the priorities of the pastors they serve.

The research found that of all pastoral concerns, the top—at 51%—was reaching a younger audience.

“It’s not surprising that pastors are most concerned about reaching the young generation,” Rohrer said. “From a very practical standpoint, they are the future of the church. They will be making business, education and political decisions for years to come. Secondly, additional Barna research shows that the number of millennials who hold a biblical worldview is miniscule, at just 4%. Therefore, there’s an urgency to bring this young generation back into the church’s fold and to equip them with the tools needed to know their own faith and share it with others. And third, pastors have the serious task of ministering to young adults who are raising children of their own in a very complex culture. As these young families grow, a biblical worldview and sound faith is of utmost importance.”

For decades, Barna has conducted research specifically on U.S. church leaders, uncovering what they and others believe about their role in the church, as well as shedding light on their concerns and aspirations for both the local church and the church in the U.S.

The recent findings are part of Barna’s State of the Church 2020 project, which discovered the following insights when presented with a list of possible challenges facing their church today: 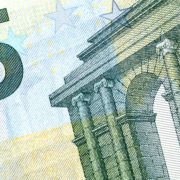 This article was originally published on the Charisma News website HERE.

Many on both sides of the political coin have reservations about the talk of socialism creeping into the 2020 presidential election conversations.

As the topic of socialism has become more prevalent in America, the American Pastors Network (APN) has explored the hot-button issue on its popular daily radio program, Stand in the Gap Today, which airs on over 400 radio stations nationwide; many carry the show live from noon to 1 p.m. ET.

APN President Sam Rohrer says if he made the bold statement, “God is a capitalist,” how would many react? Agree or disagree? Be indifferent? Have to consider the question further?

“Or how about these questions: ‘Does the Bible teach the tenets of capitalism?’ ‘Does God hate communism and its younger sister socialism?'” Rohrer added. “These issues are confronting the American people and our entire perspective of freedom—capitalism versus socialism—moral versus evil. Many discuss these questions politically, economically and emotionally. But we should be looking at it biblically—from the pages of Scripture—as well.”

Rohrer added that there is a basic case to be made that God and the Bible support capitalism, why it is moral, albeit not the perfect economic system, and why the foundational principles of capitalism are moral and why socialism, communism and all the other forms of collectivism are evil.

“The Bernie Sanderses and Alexandria Ocasio-Cortezes of the world want to be a part of a ‘mass movement,’ a movement to embrace socialism and tyrannical big government and a movement to upend capitalism,” Rohrer said. “However, the Constitution rests on the foundation of capitalism and free enterprise, so this ‘movement’ has the aim to jettison all remaining vestiges of the Judeo-Christian underpinnings of our laws and view of life, the environment, the home and marriage as defined by God as Creator and giver of all rights. It is a movement to reject the reality of absolute moral truth accountability to God and to embrace government as God. It’s also the elimination of the right to private property, the hinge pin of God’s design for capitalism and the bottom-line hatred of socialists and communists. After all, it was Karl Marx himself who said in his Communist Manifesto, ‘the theory of the communists may be summed up in the single sentence: Abolition of private property.'”

Additionally, Rohrer said, the national rejection of God in the courtroom, classroom and public square is producing consequences beyond our imagination. The rise of the popularity of socialism and tyrannical government is but one indication, with radical environmentalism another.

“But as economic systems are concerned, the contrast between socialism/communism and capitalism hinges on the matter of private property,” Rohrer said. “Our founders knew this and it is why the debate at the introduction of the Declaration of Independence was so intense, as it stated, ‘We are endowed by our Creator with certain unalienable rights that among them are life, liberty and the ‘ownership of private property,’ which was ultimately agreed to as ‘the pursuit of happiness.’ Understanding what God says about private property should dispel any support for socialism by anyone who fears God and believes the Bible.”

Rohrer added that while God embraces the tenets from which came the economic system called capitalism, thereby making capitalism moral, it also of necessity makes socialism, communism or “-ism” immoral and, therefore, evil.

“It is no accident that socialism in any form rejects God as God, God as Creator and God as the ultimate owner of all creation,” Rohrer said. “Under communism or socialism, ‘profit’ is a dirty word when it applies to individuals operating under capitalism and free enterprise. But capitalism is not perfect, because man is sinful, and government is always trying to control the other areas of individual, family, the church and commerce. But we must remain focused on the fact that God has delegated to man—not government—the role of steward or manager over creation and the environment. It is no accident that the profit—the rewards—of proper management of that property will result in prosperity, blessing and the ability for individuals to bless their neighbors, the poor and the needy, and to provide the tithe and offerings to the church to do what the church is to do.”

Photo by Didier Weemaels on Unsplash 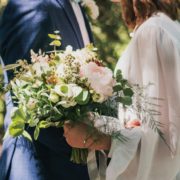 “But the moral argument is strongest because it precedes and underpins all others,” Rohrer says.

As the nation observes National Marriage Week Feb. 7-14, APN hopes all couples—married or soon-to-be-married—will consider five moral principles of marriage that Christians must not only understand and live out but also nurture and defend in the culture.

“Our opinion on marriage doesn’t really matter,” Rohrer says. “We have no vote, but we do have a choice. As the Source of all Authority, God’s plan for male and female, marriage, human sexuality, children and family prevails. Only He has the right to legitimately define it and to demand that we observe it.”

“God’s foundation for societal order is upheld first by the pillar of family authority, then civil, then church authority—all nurtured by God’s purpose and limitation for each,” notes Rohrer. “No nation can be blessed by God without strong families. No family can be strong without a strong marriage at the center. And no marriage can be strong without following God’s plan for marriage.”

“No violation or variation of marriage or engagement in human sexuality, other than within the bounds of marriage between one man and one woman, is acceptable without bringing predictable consequences to individuals, communities and nations,” Rohrer says.

Rohrer adds that the American Pastors Network emphasizes the authority of Scripture for deciding all issues, including marriage, and urges pastors and parents to defend and live out God’s model in their pulpits and in their homes.

In this vein, APN hopes thousands will join the ministry for its national prayer movement called “52 Tuesdays,” in which the faithful from around the country will come together to pray for the moral and spiritual renewal of our nation every Tuesday leading up to Election Day 2020.

This dedicated season of prayer not only addresses the important 2020 presidential election but also other topics close to Christians’ hearts, such as marriage and family. Prayer warriors nationwide can add their name to the growing “52 Tuesdays” list here. 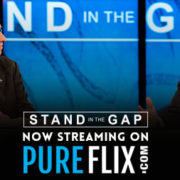 The “Stand in the Gap” television program from the American Pastors Network, which is already reaching millions of potential viewers on several networks, is now available to about a quarter of a million additional households after debuting on the Christian entertainment streaming service Pure Flix on Feb. 1.

“Stand in the Gap TV” considers transcending complex and divisive cultural issues, seemingly difficult to navigate, from a biblical worldview perspective while bringing clarity to cultural confusion and making sense of the nonsense around us.

“The American Pastors Network is thrilled, humbled and honored that our ‘Stand in the Gap TV’ program now has the opportunity to reach so many more Christian families through Pure Flix,” Rohrer said. “Families with a biblical worldview are searching for programming that will strengthen their faith and help them to defend their beliefs on a variety of issues in our complex culture. We give God all the glory for opening doors to grow ‘Stand in the Gap’ programming through the American Pastors Network.”

The first “Stand in the Gap TV” series available on Pure Flix will be episodes in the “Crisis: Immigration” series, which began streaming Feb. 1. This series that focuses this misunderstood and emotional issue—one that is no longer political but also religious—may be found in the “Recently Added” lineup of programming or subscribers may search for “Stand in the Gap.”

Additional “Stand in the Gap TV” series to air on Pure Flix will include the following:

Besides the “Stand in the Gap TV” programming, Pure Flix will air “Stand in the Gap Minute” videos weekly on its Facebook Watch and Facebook Uplift & Serve pages. Viewers will be pointed toward the PureFlix.com home page to watch the videos with short snippets of biblical truth on a variety of topics.

Pure Flix’s mix of family-friendly and Christian entertainment includes movies for all ages, kid’s animated titles, documentaries, inspirational and much more. All titles are delivered in the highest resolution possible with a user-friendly experience on a variety of devices. Learn more about a free trial of Pure Flix here.