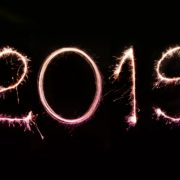 While God’s blessings are immeasurable all throughout the year, the American Pastors Network (APN) is looking back on three particular areas where the Lord has guided the ministry and allowed it to make nationwide impact.

“The way the Lord has guided the American Pastors Network has been an incredible yearlong journey, and we sincerely hope this will be an encouragement to all to trust Him more deeply in 2020,” he said. “What began less than a decade ago as a ministry of support and encouragement to pastors in my home state of Pennsylvania has become something far beyond any personal expectation.”

“By God’s grace,” Rohrer said, “our ‘Stand in the Gap’ radio programs are aired on over 700 different stations nationwide, reaching millions of listeners with programming that cuts through the shrill noise of our culture with commentary that reassures listeners so they can ‘look up’ in times like these.”

APN’s daily radio program, “Stand in the Gap Today,” airs live from noon to 1 p.m. ET, when Rohrer and his co-hosts invite cultural experts to the show and discuss a variety of pressing topics and headlines from a biblical and constitutional perspective. Archived programs can be viewed here; find a station here. Rohrer also hosts the daily short radio feature, “Stand in the Gap Minute” and “best of” shows from the week are broadcast on “Stand in the Gap Weekend.”

Second, God gave APN an unprecedented platform that has provided hundreds of thousands of television viewers with 30 minutes of weekly, challenging programming with “Stand in the Gap TV.”

“In early 2020, APN will make a major announcement that many of our ‘best of’ programs will be given nationwide placement to some 1 million television subscribers,” Rohrer shared.

“Stand in the Gap TV,” reaching millions of potential viewers on several networks, considers transcending cultural issues, seemingly difficult to navigate, from a biblical worldview perspective while bringing clarity to cultural confusion and making sense of the nonsense around us. Each week, “Stand in the Gap TV” focuses on root problems and applies biblical principles so God’s people can know the truth.

Third, with APN’s firm belief in God’s power to heal and restore our nation, the ministry has launched a nationwide plan to enlist 10,000 prayer warriors to commit to praying every Tuesday until Election Day 2020 for the moral and spiritual renewal of America.

“APN invites all to add their names to the roster and begin receiving specific prayer requests and updates on this ‘52 Tuesdays’ initiative,” Rohrer said. “Prayer is the answer, and we’re expecting God to move mountains through Christians’ prayer commitment with the American Pastors Network through November 2020.”

“52 Tuesdays” is a dedicated season of prayer for the important 2020 presidential election. APN is encouraging prayer warriors nationwide to add their name to the growing “52 Tuesdays” list.

Photo by NordWood Themes on Unsplash 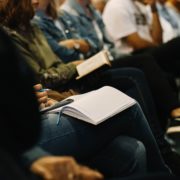 Politicians, professors and pastors have all spent considerable time trying to figure out the hearts and minds of millennials—how they will vote, how they relate to the culture and how they worship.

Now, a new Barna study sheds some light on why young adults participate in a community of worship and what they feel is missing from church.

The American Pastors Network (APN) is particularly intrigued by the survey because of the ministry’s interest in the future of the Christian church in America.

“Most pastors realize our nation is in trouble,” Rohrer said. “Without a doubt, it’s divided. The enemy is within the gate, trying to collapse our current administration and destroy our constitution, but when we learn that 4% of millennials hold a biblical worldview so necessary to supporting a constitutional republic here in the United States, the concern, in many regards, is even greater. This issue of millennials and millennial values is paramount in the country, so studies like these help us focus on exactly where the opportunities as well as the problems lie.”

The Barna survey of over 15,000 18- to 35-year-olds across 25 countries found that about 6 in 10 Christians in the study say they participate in their community of worship to grow in their faith (63%) and learn about God (61%). Other motivations also relate to relevant teachings (40%), wisdom for how to live faithfully (39%) or wisdom for applying scriptures (35%). This desire for spiritual instruction persists even though 4 in 10 Christians in this age group (39%) say they have already learned most of what they need to know about faith, and nearly half (47%) say church teachings have flaws or gaps. Others attend for the worship and music (37%), sacraments (14%), or readings and recitations (15%), while still others cite obligation as a reason to attend.

But a relatively surprising factor may be that young people say the top thing missing from their church experience is having their friends in attendance.

While the majority of responses isn’t as large as the reasons for church attendance, nearly one-fifth (18%) said their friends are absent from their church experience. “This may be partly due to the fact that religious affiliation and engagement has generally declined among younger adults, particularly in secular contexts—but regardless of the religious climate in which these Christians live, friends are still identified as the main thing missing,” Barna reported. Relatedly, social gatherings outside of services (14%), relationship workshops (14%) or support groups (13%) are also among the top things lacking from young Christians’ church experiences.

Rohrer works closely with “Stand in the Gap TV” co-host and millennial pastor Isaac Crockett, and the two will be discussing APN’s new yearlong “52 Tuesdays” prayer initiative—a dedicated season of prayer for the important 2020 presidential election now less than a year away. The weekly television program reaches millions of potential viewers on several networks.

Especially as young Americans will be concerned with the election, APN is encouraging prayer warriors nationwide to add their name to the growing “52 Tuesdays” list and join APN’s “Stand in the Gap Today” radio co-hosts from noon to 1 p.m. EST on local stations each Tuesday or by tuning in live online. During the final segment of each Tuesday program, listeners can pray with the hosts, as well as during their own prayer time.

Photo by Sincerely Media on Unsplash