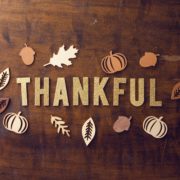 Many have heard the phrase, “When God closes a door, He opens a window.” But for the past five years, God seems to be opening door after door for the American Pastors Network , as the nation’s influential resource for pastors and church leaders celebrates five years.

“Each day last week, it was a privilege to welcome guests to our ‘Stand in the Gap Today’ radio program who have been a part of the ministry’s success as we reflect on God’s many provisions and blessings over these past five years,” said APN President and radio and television host Sam Rohrer. “It has been gratifying and humbling to look back on this time and realize all God has accomplished through the American Pastors Network. We are ever mindful that this ministry belongs to God; it does not belong to us, we only lead and steward it. An attitude of genuine thankfulness is necessary for God’s continued blessing—it is an act of worship. We take to heart that God commands His leaders to rehearse what God has done to those within their sphere of influence so that our listeners and viewers know our heart and are open to God’s leading to walk along with us in their prayers, finances and time.”

The latest door to be opened in 2018 was APN’s new “Stand in the Gap” television program, which considers transcending cultural issues, seemingly difficult to navigate, from a biblical worldview perspective. “Stand in the Gap TV” airs on several networks, including WBPH in Philadelphia, VCY-TV in Milwaukee and Upliftv nationally.

“While bringing clarity to cultural confusion and making sense of the nonsense around us, ‘Stand in the Gap TV’ focuses on root problems and applies biblical principles so God’s people can know the truth,” Rohrer said. “And, praise God, more than 27 million households have access to this program—in fewer than six months!”

Rohrer added that many have remarked to APN how the lineup of programming has impacted their lives—and their faith.

“Thank you for what you are doing,” wrote one listener. “I meet so many people who listen to your ‘Stand in the Gap’ radio programs and I regularly tell others. We’re all in agreement that this is the miraculous hand of God at work! Praise God for doing the seemingly impossible!”

Another listener in Pennsylvania echoed these sentiments.

“Keep up the wonderful work you are doing in the name of Christ. May God richly bless you and enlarge your territory. As a former teacher, I am distressed at the extreme ignorance of our people—both Christian and non-Christian. The inability to think critically is being perpetuated by our colleges, schools and individuals. This nation does not realize it is not politics but a great spiritual battle taking place. Praise God we know who is really in charge.”

(EDITOR’S NOTE: A multi-part series looking back at the impact of the American Pastors Network over the past five years.)

Serving as a pastor can sometimes be a thankless job, with few in the church who can truly identify with the role and appreciate the “always-on-call” nature of the position.

But for five years, the American Pastors Network (APN) has helped equip pastors with resources, insight, encouragement and culture-changing information that help them educate their congregations to “stand in the gap for truth” alongside other members of church leadership.

Throughout November, APN will reflect on its five-year anniversary, on God’s provision and all the blessings bestowed upon the ministry since its inception in 2013. The Pennsylvania Pastors Network began in 2005 in the first capital city of our nation, Philadelphia. From this one state chapter, APN was birthed. Today, APN celebrates that the national network of pastors has started eight state chapters over the years with many in the wings to launch additional state chapters. Currently, APN state chapters exist in Arkansas, Michigan, Missouri, North Carolina, Pennsylvania, Tennessee, Virginia and West Virginia—with three others preparing to launch.

As it looks back on five years of ministry, APN asked three state chapter presidents this question: “As a busy pastor, what was it about APN and its mission that persuaded you and your state leadership team to assume the leadership of your state pastors network?”

Tim Berlin, president of the Michigan Pastors Network, says the answer is twofold.

“I love the emphasis APN puts on the pulpit ministry,” he said. “I completely agree with the fact that we (must) motivate those to whom we serve and those to whom we lead in the church to have a biblical worldview and to approach the issues of the day from the Bible. The Bible teaches us in 2 Peter that (God’s Word) has all the answers for godliness in this world and so that we can live godly. We have all the answers to approach every issue with a biblical worldview and a biblical perspective, and that way, God can be glorified through any and all circumstances and any and all issues of the day. We ought to be teaching and preaching from the Word of God to help our people respond properly to the things that are going on in the world around them.

“I have (also) really appreciated APN’s emphasis on sharing the Gospel with political leaders,” Berlin added. “We are servants of God as called by God to minister in the local church, but they are ministers of God called and appointed by God to serve in public office, and yet many of these have a soul that will spend eternity without Christ if we do not share the Gospel. So we have adopted the premise that we’re going to teach them the Gospel before we try to discuss policy or positions on different issues. We want to build a relationship that allows us to share the Gospel.”

“I’m bi-vocational as many pastors are,” Walker said. “We had a loose group of pastors prior to becoming associated with the American Pastors Network, but the strong biblical worldview to stand in the gap was exactly what attracted us to APN—that we could come together under the umbrella of American Pastors Network and make a major difference across our state and unite Bible-believing preachers to stand in the gap for our country and our nation and our state and our counties and our communities.”

Keith Carnahan, president of the Missouri Pastors Network, said the need is great for a national network of pastors because there are always forces vying for pastors’ time and energy.

“We need to energize the pastors in their pulpits,” he said. “We need to get them to engage in the culture. I’m 65 years old, so I see that the younger generation of preachers hasn’t had the opportunity to understand some of these issues—the battles we’ve been fighting.”

APN President Sam Rohrer said that APN leaders were called and moved to form a ministry that would serve as a nationwide network of biblically faithful pastors and their church members whose objective would be to build a permanent infrastructure of like-minded Christians who would: affirm the authority of Scripture; take seriously Jesus’ command to be the “salt and light” to the culture; encourage informed Christian thinking about contemporary social issues; examine public policy issues without politicizing their pulpits; and engage their congregations in taking part in the political process on a non-partisan basis.

“We’ve stayed true to that mission, and God’s blessings have been miraculous,” Rohrer said. “So much has been done with so little. There have been no single deep pockets, no large benefactor and certainly no government funding. Yet God has done great things in five years.” 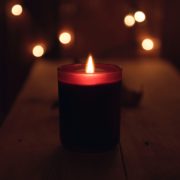 This article was originally published by the Christian Post HERE.

As we have watched the news over the past few days, we have learned that someone is attempting to put terror in the hearts of Americans by the sending of packages containing pipe bombs to various locations. This is a horrible thing to do but it shows the depravity of mankind. No one who truly loves America and respects others would do such a thing. However, someone who dislikes America is willing not only to send out pipe bombs that may or may not detonate, but will stoop to even lower acts to attempt to divide our nation.

Yes, the issue is, we are a divided nation. And that division has led unreasonable people to perform unreasonable acts to create a further division in the land that many of us truly love.

The United States of America is a Democratic Republic, and within that structure we have the freedom to disagree with others, including the government itself. But disagreement that has constructive results should be done in a peaceful way, not in a way that either brings fear or harm upon others.

Yes, the problem in America is disunity and the solution for America is unity. But the big question is, “Where does unity begin?”

Let us remember that we are the United States of America. Among other things, that indicates that our nation is made up of 50 separate governmental entities, called states, that together form one nation. And within each state there are different ethnicities, religions, philosophies and traditions. Indeed, out of many we are one.

The act of sending suspicious packages is not the problem in America. It is the symptom of the problem, which is disunity stemming from a selfish heart that results in acts of terror. The Bible says in Jeremiah 17:9: “The heart is deceitful above all things, and desperately wicked: who can know it?” Yes, a wicked heart results in wicked thoughts that will lead to wicked actions.

To build unity in America, each of us should consider submitting our hearts to biblical principles that are centered around the teachings of Jesus Christ, which will develop true peace and unity. Looking back in our history, we could site many illustrations to show that is how unity came into fruition in developing the United States of America.

Our nation may be more divided now than it has been in any recent time. And it is very easy for each of us to point our fingers at others saying “they” are the cause for the disunity. But that will only create further disunity. So to build a constructive unity in America, I suggest the following components for each of us to consider:

Allow the Bible, which is the Word of God, to be your guide. Matthew chapters 5, 6 and 7 are good places to begin.

Respect others in their opinions. No two people will agree all the time.

Refrain from speech that has the potential to divide. Endeavor to speak to encourage others and direct them down the right moral path if they have gotten off course.

Always speak the truth. Deception and lies will certainly divide and create disunity.

Pray for one another. True prayer for others will always take away the desire to harm those with whom we disagree.

Avoid the “me first” syndrome and regard others as fellow human beings created by God.

Refuse to participate in any action that may potentially harm others.

Be courageous and do the right thing all the time in relation to others.

Be willing to respectfully discuss with others when differences occur so as to come to a peaceful resolution.

These are just a few thoughts to take into consideration in order to bring unity to our nation. But if each of us would translate these thoughts into actions we would be well on our way to a true United States of America that will result in a unity, which will in turn strengthen the nation.

And that is certainly needed.

Photo by Joanna Kosinska on Unsplash