As headlines continue to come out of Israel during one of the world’s most turbulent times, the American Pastors Network  regularly creates a dialogue about the matters that should be important to all Christians, especially through its daily radio ministry, “Stand in the Gap Today.”

APN President Sam Rohrer, along with “Stand in the Gap Today” co-hosts Gary Dull of the Pennsylvania Pastors Network (PPN,www.papastors.net) and Dave Kistler of the North Carolina Pastors Network (NCPN, www.ncpastors.net), works to engages listeners by considering today’s news from a constitutional and biblical perspective—including headlines from the Holy Land.

“News from Israel should be extremely critical to Christians,” Rohrer said. “And the importance of Israel to today’s Christian leaders cannot be overstated. The simple reason we must support the State of Israel is because God does. The Jews are His chosen people, and He gave His promise to Abraham, Isaac and Jacob that He would not only bless them but also bless every nation that blesses them and curse every nation that curses them. Throughout history, God has miraculously protected the Jewish people although the nations around them have sought to annihilate them.

“Additionally, we cannot ignore the biblical significance of standing with God’s chosen people in Israel,” Rohrer continued. “What America does in relationship to the support of Israel is the difference between experiencing God’s blessing or God’s judgment on our nation. Additionally, Israel has long been America’s strongest ally in the Middle East, continues to be the only truly democratic nation in that region and is the only nation in the Middle East that allows true religious freedom.”

Because of the important ties between the U.S. and Israel, as well as the impact on today’s churches, the American Pastors Network will co-host an upcoming trip to Israel, partnering with Prophecy Today, led by Jimmy DeYoung, for a tour beginning March 7, 2018. During the trip, travelers can experience Israel like never before, and see the sights and sounds of the Holy Land while considering Israel’s past, examining current events in light of biblical prophecy and understanding God’s plan for the future.

APN noted that especially pastors who take a pilgrimage to Israel find the experience to be personally rewarding, and those rewards flow into their ministry, as they return to their congregations with new passion, a deeper spiritual relationship with Christ and a Bible that went from black and white to color.

Photo by David Rodrigo on Unsplash 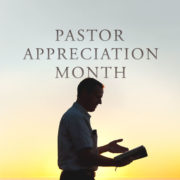 October is Pastor Appreciation Month, and while churchgoers might think the “good sermon, pastor” sentiments they give on their way out the door is enough, today’s church leaders serve as a light to millions of people in a dark world.

Perhaps at no other time in history have America’s pastors been more needed in this culturally significant time, says the American Pastors Network.

For that reason, APN is suggesting five reasons and five ways to appreciate and honor pastors this month.

“We know from research that pastors can feel isolated and sometimes unappreciated,” said APN board member Gary Dull, who also serves as executive director of the Pennsylvania Pastors Network (PPN, www.papastors.net) and leads a church in Altoona, Pa. “Those feelings can sometime lead to early burnout, and today’s churches need committed pastors who are sold out to preaching the whole counsel of God now more than ever. Even a small word of encouragement or gesture of appreciation can make all the difference in a pastor’s life. And what better time than Pastor Appreciation Month!”

American Pastors Network: How Should the Church Respond?

As the U.S. House of Representatives recently passed the Pain-Capable Unborn Child Protection Act, which would outlaw abortions past 20 weeks of pregnancy, the American Culture & Faith Institute is releasing a new survey on Americans’ views on abortion, which, say the researchers, can be confusing and polarizing.

According to ACFI and lead researcher George Barna, who is a frequent guest on the American Pastors Network radio ministry “Stand in the Gap Today,” 47 percent of adults claim to be pro-choice, substantially more than the 38 percent who claim to be pro-life. Another 8 percent said they held neither position, and the remaining 8 percent were not sure.

APN board member and “Stand in the Gap Today” co-host Gary Dull said news about the study and the pain-capable act are especially timely in October—Abortion Recovery Awareness Month and Respect Life Month.

“In the church, we can’t assume that every person sitting in the pews is passionately and strongly pro-life,” Dull said. “They may be confused about their views on abortion, or they may waver with the culture or even with personal experience. That’s why is still crucial that pastors and the church stand up for life and not take for granted that all churchgoers realize that God created every life in His image from the moment of conception. He values these unborn children of God and has placed them in our protection.”

The ACFI study also found that 56 percent of Americans want abortion to be legal, but that view is dependent upon the circumstances:

A double-digit percentage of those surveyed are also confused about the morality of abortion, with 36 percent stating that abortion is immoral, while close to one-fourth (23 percent) say abortion is a moral act, while a similar proportion (24 percent) says that abortion is not a moral issue. The remaining 16 percent do not know.

Dull added that pastors and churches should especially pay attention to the views on the value of life, as Americans provided numerous answers on what makes a human life valuable:

A federal judge last week ruled that a cross must be removed from the Lehigh County seal in Pennsylvania because it is violates the U.S. Constitution, reported Fox News and several other outlets.

The Freedom From Religion Foundation filed the suit on behalf on four Pennsylvania residents, who claimed the cross was offensive. According to Fox News, U.S. District Judge Edward Smith “made it known in his ruling that he was not happy about the decision he had to make but was following the rule of constitutional law, including the establishment clause, which states that Congress may not pass any laws establishing a religion.”

“It is obvious to me that Judge Smith failed to recognize the truth of the United States Constitution and the historical background of our nation and Lehigh County,” said Gary Dull, executive director of the Pennsylvania Pastors Network (PPN, www.papastors.net), a state chapter of the American Pastors Network. “The First Amendment of the Constitution states that ‘Congress shall make no law respecting an establishment of religion, or prohibiting the free exercise thereof…’ Having a cross in the center of the Lehigh County seal is not in any way ‘establishing’ a religion by county founders, leaders or citizens. Therefore, the opinion of Judge Smith is unconstitutional in that it both prohibits the free exercise of people of faith who historically were and are a part of the county and also fails to recognize the Judeo-Christian heritage upon which our nation, of which Lehigh County is a part, was founded.

“In his own statement, the judge said that ‘the court does not believe the current state of law applicable to this case comports with the text of the Establishment Clause,’ and so in the mind of any sensible person, that ends the argument,” added Dull, who is the senior pastor at Faith Baptist Church of Altoona in Blair County. “For the judge to then rule in favor of the plaintiffs is an act of twisting the wording of the First Amendment in an effort to make it say what it does not according to original intent. The citizens of Lehigh County, whether they are religious or not, must stand up for constitutional law if indeed the integrity of the court system is to remain in compliance with the law of the land. America is a nation of law based upon a Constitution that has lasted for nearly two and half centuries and is not based on the whims and opinions of individual citizens. The best thing any judge or citizen can do to maintain the strength of our country is to follow the law of the Constitution, interpret it accordingly and refuse to allow personal opinion, politics, philosophy, desire or pressure from those who oppose the basic principles of our nation to take away from what America has been about from the time of its founding.”

Judge Smith wrote in his ruling that “While the court does not believe the current state of the law applicable to this case comports with the text of the Establishment Clause, the court is not in a position to reject it. The law, as it currently stands, requires that the court rule in favor of the plaintiffs: the inclusion of the cross lacked a secular purpose both when the defendant adopted the seal and when the defendant refused to remove the cross from the seal, and a reasonable observer would perceive the seal as endorsing Christianity.”

Lehigh County will now have to redesign the seal, in use since 1944, which includes a Latin cross near the center, as well as a heart, bison, silos and other imagery. The seal appears on flags, buildings, letterhead and legal documents, as well as the county website. 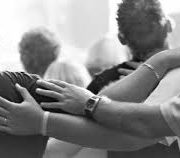 As the investigation continues into the mass shooting in Las Vegas last night, and as Americans continue to wait for word on family members visiting the popular location, leaders from the American Pastors Network  are considering the tragedy from a biblical perspective.

“The mass shooting that took place last night at the Mandalay Bay Hotel in Las Vegas is, above everything else, a clear indication of the spiritual depravity of mankind,” said APN leader and Pastor, Gary Dull, who also serves as executive director of the Pennsylvania Pastors Network (PPN,www.papastors.net). “How a 64-year-old man who, according to his brother, never really had an interest in guns was able to randomly shoot at the distance of over 300 yards and kill at least 58 people and injure more than 500 others is truly in accordance with what Jesus Christ teaches about the mission of Satan in John 10:10—to ‘steal, kill and destroy.’

“Yes, this event that is stated to be the deadliest shooting in American history is truly devilish and from the pit of hell,” Dull continued. “There are still many unanswered questions about the background of the shooter, but the fact remains that this was a terrible massacre as innocent people were shot at random by a depraved individual. Many officials have yet been willing to call this an act of terror, but in reality it was a terrorist action. We know that Satan is the chief terrorist of the ages and will do all that he can to bring fear into the hearts and minds of us all. Are we to give into that fear? Not at all. The Bible tells us in 2 Timothy 1:7 that ‘God has not given us the spirit of fear; but of power, and of love and of a sound mind.’ Therefore, we should determine to not live in fear but live by faith.”

Dull added that as the world watches the facts develop from this tragedy in the days to come, pastors across America will consider how to bring the event into a biblical perspective for their congregations. Dull says that consideration will include several concepts: