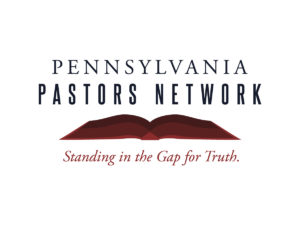 –  A Message from the Pennsylvania Pastors Network

the citizens of the Commonwealth,

members of the General Assembly and Justices of the Supreme Court –

Whereas the Governor’s initial declaration of emergency under 35 Pa.C.S.A. § 7301 (c) was lawful, it was questionable from the outset whether the circumstances surrounding the COVID-19 virus actually met the criteria for a “disaster emergency” as defined by law, not being quantifiable and measurable such as a natural disaster due to earthquake, tornado, hurricane, flood, etc., but rather undefinable, subjective and linked to unproven and projected potential disaster emergency models; and,

Whereas the criteria being utilized by the Governor and the Secretary of Health to measure the health impacts which rose to the level of a disaster emergency was ever changing with a refusal to confirm a measurable and objectively identifiable ongoing standard; and

Whereas the criteria and projection models cited by the Governor as justification for his March 6, 2020, proclamation declaring the disaster emergency was substantively revised and abated; and

Whereas the Governor and Secretary of Health’s stated goals have continued to morph from the original goal of preventing an overload of hospital facilities which never materialized, to now attempting to prevent the spread of COVID-19, which according the medical experts is impossible; and

Whereas, the futile attempt to limit the spread of COVID-19 is actually ensuring its lengthier continuance by preventing desired “community immunity”; and

Whereas the General Assembly while questioning the Governor and seeking redress for harm being inflicted on the citizens of the Commonwealth for 90 days was generally rebuffed; and

Whereas the legislature has been denied being a legitimate participant in the unilateral declaring of orders negatively and directly affecting the lives of all Pennsylvania citizens by the Executive Branch, thereby willfully defrauding the General Assembly of their constitutional obligation; and

Whereas, in the defiance of the law, and with undue respect for the cries of the citizens and defiance of the actions of the legislature, the Governor and Secretary of Health are guilty of imposing continued physical and health harm on the citizens of the Commonwealth, inciting panic that has led to increasing incidents of measurable and identifiable increases in hospitalizations, panic, suicide and addictions; and

Whereas the Commonwealth has the burden of proof to show citizens a threat to others before removing their God-given liberties; and

Whereas the General Assembly in careful consideration of all of these facts in proper session and in accordance with the law 35 Pa.C.S.A. § 7301 (c) adopted HR 836 as a concurrent resolution reclaiming their constitutional authority to make law, directed a message to be sent to the Governor directing the Governor to immediately announce a rescinding of his declaration of emergency as specified by law; and

Whereas the policies of this administration have risen to an unprecedented level of oppression and, in violation of the law, have rebuffed the legislative branch in their execution of law according to the law and, in an act of defiance, sought King’s Bench authority from the Supreme Court with a request to overturn the lawful action of the General Assembly acting on behalf of the will of their citizens; and

Whereas the impacts of the Governor’s orders continue to create great harm to the economy of Pennsylvania and the livelihoods of tens of thousands of citizens; and

Whereas thousands of businesses across this Commonwealth through the decrees of the Governor continue to be permanently harmed through loss of property, use of property, absconded wealth and the ability to plan for the future; and

Whereas the actions and the orders of the Governor have deprived and continue to deprive the children and students across the Commonwealth of necessary education opportunities as required by the law, and are currently depriving teachers, school administrators, parents and students alike of the reasonable expectation for an effective education going forward, as guaranteed by law; and

Whereas by the unlawful and unilateral actions of the Governor have produced permanent harm on thousands of Pennsylvanians, including wrongfully mandating elderly citizens identified with the COVID-19 virus at the heart of the Governor’s Declaration of Disaster emergency be placed into elder care facilities where elderly and vulnerable populations were housed, thereby transmitting the virus to vulnerable populations, directly contributing to the preventable deaths of thousands of Pennsylvanians in violation of normal medical protocol; and

Whereas 68% of all deaths in this Commonwealth attributed to the COVID-19 virus occurred to citizens in elder care facilities; and the secretary of health knowingly had the Secretary’s own mother removed from an elder care facility without warning others to do the same; and

Whereas according to law, these capricious and unilateral decisions rise to the occasion of state-sanctioned elder abuse under law and thereby under any other circumstance actionable by law; and

Whereas 93% of all deaths in this Commonwealth attributed to the COVID-19 virus happened to citizens over the age of 60, and 87% of our workforce is under the age of 60; and

PA COVID Numbers By Demographic (93% deaths over 60, 7% deaths under 60, 62% had serious preexisting conditions)

Original Link from May:

Whereas 62% of all deaths in this Commonwealth attributed to the COVID-19 virus happened to citizens with serious contributing pre-existing conditions; and

Whereas, by forcing such policies as mandatory face masks, which even the World Health Organization and health experts have adamantly stated have no effect on limiting the transmission of the COVID-19 virus; and

Whereas the entire protocol followed under this emergency has violated previous health protocols, has been proven ineffective, and has, in effect, allowed the executive branch to force upon the Commonwealth of Pennsylvania and the entire health system new protocols of treatment and denials of treatment, none of which would have ever made it through the scrutiny of the normal legislative process; and

Whereas, the Governor and Secretary of Health seem to think they possess all wisdom and neglect the certified practice of such nations as Japan, Singapore, and Taiwan, which have not mandated the wearing of face masks nor social distancing and which have experienced far less death; and

Whereas, the Governor and Secretary of Health refuse not only the input of the Legislature, they also refuse the certified experience of other western nations and health professionals in the Commonwealth who know there is no proven harm to have children back in schools as normal nor increased harm to teachers or parents of children transmitting COVID-19; and

Whereas, rejecting medical research and clear documentation to lack of efficacy of mask wearing and seeking to mandate mask wearing by children over 2 years of age, despite established known medical experience and epidemiological research which shows that mask wearing of children compromises the immune system and thereby restricts the normal and necessary development of a child’s immune system when accompanied by mandatory social distancing by children in school settings, plus creating sociological and physiological distress in children; and

Whereas vulnerable populations such as the elderly should always take precaution and all citizens use the normal pre-COVID-19 policies of such things as washing hands etc.; and

Whereas these actions of the Governor and the Secretary of Health have enlarged the size and influence of government in citizens’ lives, continued to avoid accountability, and continued to arbitrarily change policy, they are solely responsible for offering no hope to the citizens of this Commonwealth, continuing to limit our citizens’ individual freedoms, to deprive our citizens of their constitutional right to the pursuit of happiness, limiting their ability to meet in worship at their church or other public gatherings, and to continue to fuel a level of panic and anxiety within the citizens of this Commonwealth;

Therefore, be it resolved that the pastors in this Commonwealth shall call on the citizens of the Commonwealth of Pennsylvania to do their part to restore the law in our Commonwealth and

To go about their lives as usual, using common sense, exercising care and respect for others and the property of others, and

To resume their duties to earn a living, and to provide for their families, and

To engage again in unrestricted worship in their churches according to the dictates of their conscience, and

To resume preparation for the educational advancement of their children, calling on local school districts to responsibly open the doors of schools this fall for this purpose, and

To urge the General Assembly of Pennsylvania to fulfill their constitutional obligations, their obligations to the citizens of the Commonwealth, and their duty before God.

Those obligations and duties include the responsibilities

To issue a concurrent resolution of the House and Senate declaring the decision of the Supreme Court justices acting on King’s Bench authority in declaring the lawful action of the General Assembly, as contained in House Resolution 836, to be null, void, and without authority, and

To inform the citizens of the Commonwealth of the serious detrimental nature in which the governor and the executive branch have operated in league with the Supreme Court justices, and

To act under the authority of constitutional oath to support and defend the Constitutions of the Commonwealth of Pennsylvania and of the United States, and

To declare that all orders issued pursuant to the governor’s emergency declaration are void.

Such orders include, but are not limited to, orders pertaining to public gatherings, church attendance, school functions, the wearing of face masks, or any other freedom-limiting action.  These orders should be declared void as an unlawful exercise of the office of the governor and all laws duly enacted by this and prior legislatures should be resumed until this General Assembly, under the authority granted to it as representatives of the people, makes new law in accordance with the established lawmaking process contained in the Constitution of this Commonwealth, duly passed by both chambers of the General Assembly and signed by the governor.

Other links:
Death Rate Numbers of 6% for PA